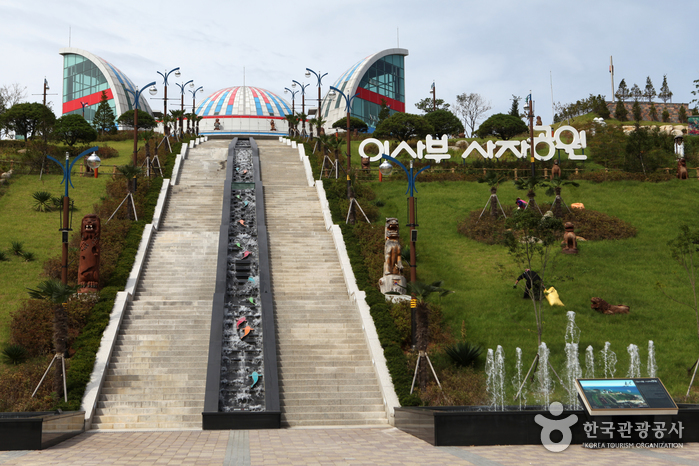 There are many tourist attractions near Samcheok and the sea that are good for travel. Among them, Isabu Lion Park, which has works of art and history, a marine rail bike that cools the winter sea and the sea breeze, and the legend of the Samcheok fishermen and the Haesindang Park with a unique atmosphere. It is called 'Samcheok Sea Close'. Samcheok has an important meaning of advancing into the East Sea and defending marine territories in Korean marine pioneers. After the Imjin War, a more specialized military position 'warrant' was placed in Samcheokpojin, and Samcheokpojin was also an important starting point for overseeing Gangwon-do and Gyeongbuk coastal defenses until the 35th year of King Gojong (1898). In search of the history that can be said to be the beginning of 'advancing into the East Sea', I headed to Isabu Lion Park. Samcheok, Gangwon, Korea. Korea Tour
Read more 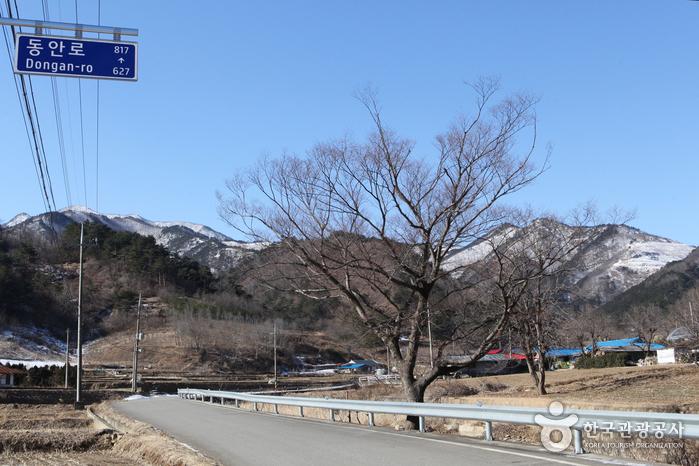 'Cheoneunsa Temple' in the splendid mountain of Baekdu-daegan in Samcheok, Gangwon-do for over a thousand yearsShenwoomsan under Dootasan, Cheoneunsa under Shinwoomsan, Sundubu under Cheoneunsa ... Happy downhill ride Back to Samcheok's East Sea, I approached Dootasan, located in Baekdu-daegan. After passing several streams originating from the small and large valleys, as I entered more deeply, an order appeared and found a mountain temple. It is the 'Cheoneunsa Temple' that will be the center of this journey. Samcheok, Gangwon, Korea. Korea Tour
Read more 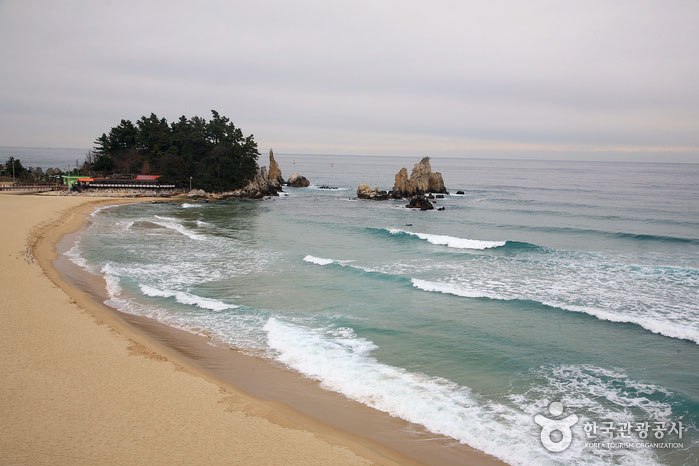 Listening to the group's blue sky song, `` Winter Seas, '' I miss the winter sea so much that I want to leave right away. I remember going to the sea long ago listening to this song. The bitter sea breeze and cold winds up the body, but the deep blue sea and the dazzling white waves dig into the chest. The winter sea meets comfort and hope more than beauty. The waters of Samcheok, Gangwon-do have the most beautiful colors and have cute beaches and coastal roads. Let's meet the winter sea along Samcheok's coastal road that leads to the coast instead of National Highway 7. Samcheok, Gangwon, South Korea. Korea Tour
Read more 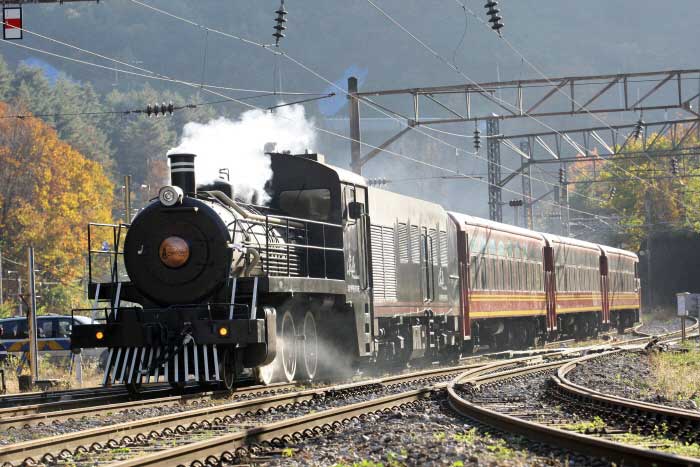 Summer wants to leave everyday. Gangwon-do, famous for its picturesque seascape, offers a unique train trip to Samcheok. The Swiss Mountain Train Incline, a switchback that has now disappeared into history, the mini train, a miniature train scaled down from the world's most famous trains, and one of the nation's fastest rail bikes. Chupark is the main character. Samcheok, Gangwon, South Korea. Korea Tour
Read more