Deep in the heart, it is a eager spring. Spring meets Goseong, Gangwon-do, and the taste is different. National highway No. 7 along the sea is also in contact with the road to deliver the 'spring of the era' gift. At the end of February, families of separated families traveled along this path to open a spring of sea ice mood. It was the way to reunion in 3 years and 4 months. Hwajinpo, Geojin, Jajin, Machajin, Daejin, and other high-end muzzles and lakes have also become a charming way for spring.Goseong's March is still cold. The snowfall remains on the rugged mountainside beyond the representative attraction of Hwajinpo Lake. Still, a warm air blows between the traveler's footsteps and the seafarer's material. Just as the sea ice mood was held after the big and small accidents, spring energy began in the cold and trials. The spring that meets Goseong's port and lake is a wish and a wish. Goseong-gun, Gangwon-do, Korea. Korea Tour
Read more 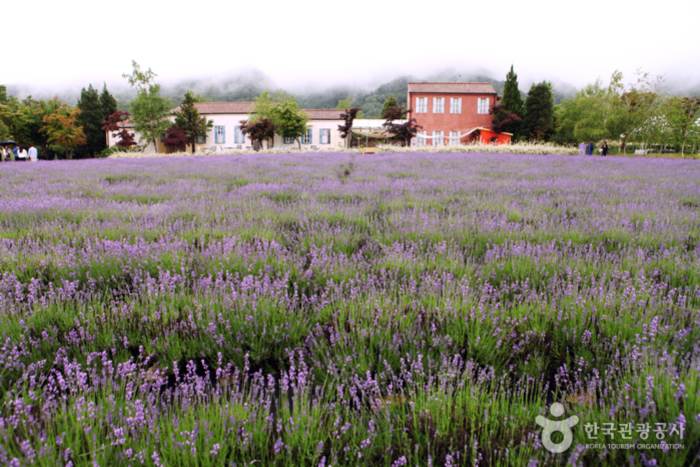 Your figure came softly like purple ~ ♪Why did you sway 'You who came gently' to 'Purple'? When I was heading for Goseong Lavender Farm, I suddenly came across the lyrics of 'purple scent'. The thought that I've never had in my life has passed on this road, perhaps because my curiosity and anticipation about the purple world I'll meet soon dominated my mind. Goseong-gun, Gangwon-do, Korea. Korea Tour
Read more 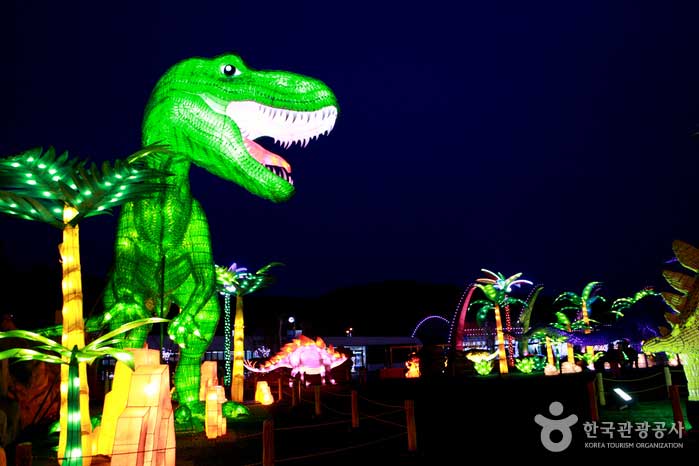 'Dinosaur Country' will be held in Gyeongsangnam-do Goseong for 12 days from June 12 to '2016 Gyeongnam Goseong Dinosaur World Expo'. The expo, which celebrated the 4th time, was held under the theme of `` Dinosaurs, opening the future with a light of hope, '' so the nightly remodeling has more attractions than the previous event. Let's go to Goseong to find dinosaurs who were owners of this land 100 million years ago. Goseong-gun, Gyeongnam, Korea. Korea Tour
Read more