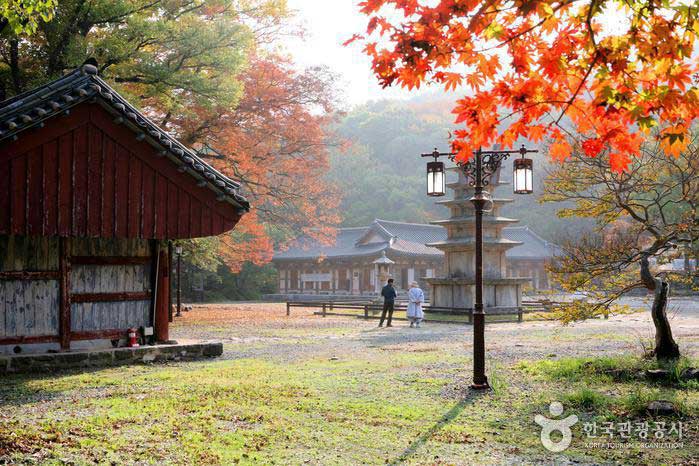 To catch the end of the fall, he buryed the dead warriors to bury the last season. Yun Dae-nyeong, who wrote the novel, called Muryangsa as “the jangji (season) where the seasons sink.” When the leaves run out, it will be reminiscent of the sadness of a year. However, the bitterness of autumn, which is more abundant than gold, is swallowed up at once. Can we ask about the season that passed from Buyeo Muryangsa where Kim Si-ryong, the wind luck and genius poet of Joseon, spent his last years? . Buyeo County, Chungnam, South Korea. Korea Tour
Read more