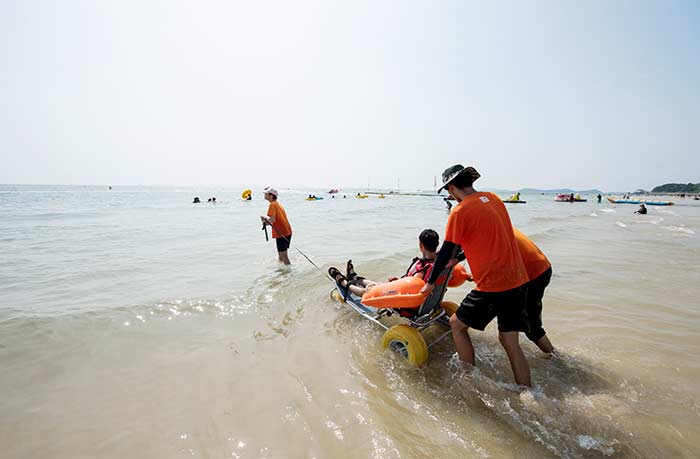 Daecheon Beach is the largest beach on the west coast (3.5km long white sand beach, 100m wide) where you can enjoy a beautiful sunset with gentle slopes and clean sand that has been a recreational complex for foreigners since the 1930s. In particular, this beach is famous as a summer tourist destination attracting the attention of the world and attracting attention from the world and abroad as a mud festival held every year aimed at summer. Boryeong, Chungnam, Korea. Korea Tour
Read more 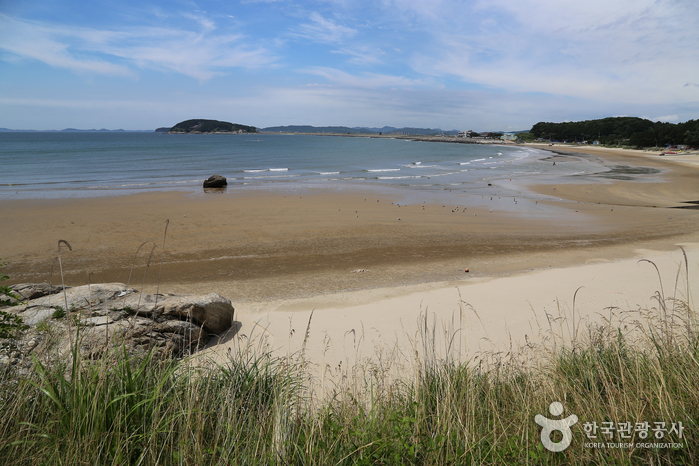 Boryeong city in Chungnam has tourist attractions such as Oseo Mountain and Boryeong Lake in the inland, Daecheon Beach and Muchangpo Beach on the coast. The Daecheon Beach is the site of the Boryeong Mud Festival, and the Muchangpo Beach is famous for opening the sea of mystery. That's why summer vacationers visit a lot. If you are planning a summer resort on the beach of Boryeong, look back at Yongdu, Doksan, and Jangan. Accommodations, restaurants, public transportation, toilets, and showers are more inconvenient than Daecheon or Muchangpo, but are said to be a suitable summer resort for those who want a relatively less crowded beach. Boryeong, Chungnam, Korea. Korea Tour
Read more 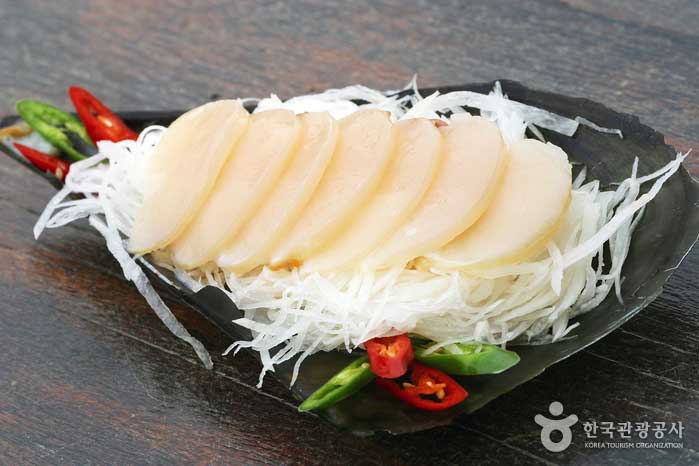 There is a saying that all roads in the northern Boryeong area connect with Ocheon. This is because the port of Ocheon served as the main port and military port of Boryeong in the Baekje period. Since then, Ocheon Port has become a small fishing port, but recently it has been regaining its old glory due to the clamshell. Ocheon Port occupies about 60% of the country's production, and gourmets from all over the country gather at the port. Azalea blooming is the key season in April. Boryeong, Chungnam, Korea. Korea Tour
Read more 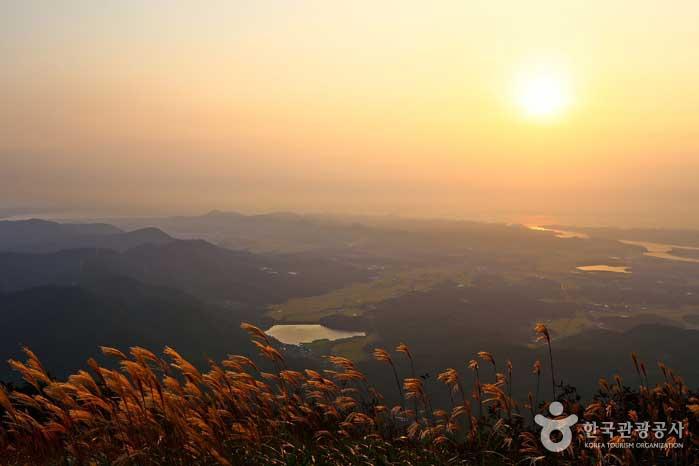 Autumn has come silently, but the ripe autumn leaves still have to wait. As I wait for the autumn leaves, I go to a place where I'm impatient or the autumn breeze is overwhelming. It is a silver grass colony of Oseo Mountain in Boryeong, Chungnam. The sunset over the silver grass, the golden field and the glow of the west coast are bonuses. I loaded my body on a train on the Janghang Line and walked into the autumn. Boryeong, Chungnam, Korea. Korea Tour
Read more 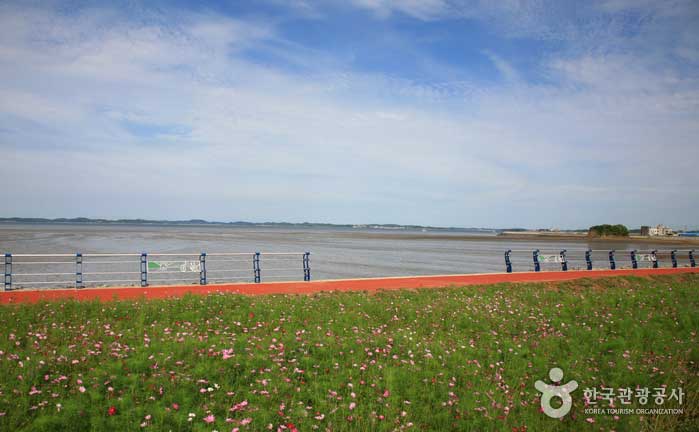 The most common way to get to Taemyeon's Anmyeondo is to cross the Seosan AB district shelter from Hongseong IC of the West Coast Expressway. If you follow the coastal road south of Gongnipo-gu before Seosan AB Earthquake began, the Namdang Port and Cheonbuk Guldan are well known for their fresh and abundant seafood, as well as Hongseong's Sokdong Observatory, Hongseong Embankment Observatory, and Chungcheongsu Swimming Coastal Observatory. Meet the observation deck that contains scenery. Also waiting for meaningful landmarks, such as Chungcheong-Soo-Sungseong, which was called Ocheon-Sung, the tomb of Dr. Lee Ji-Ham, the protagonist of 《Tojeong Secrets》, and Madam Shrine of Baekje. Enjoy a drive tour along the coasts of Hongseong and Boryeong, overlooking Anmyeondo Island. Boryeong, Chungnam, Korea. Korea Tour
Read more 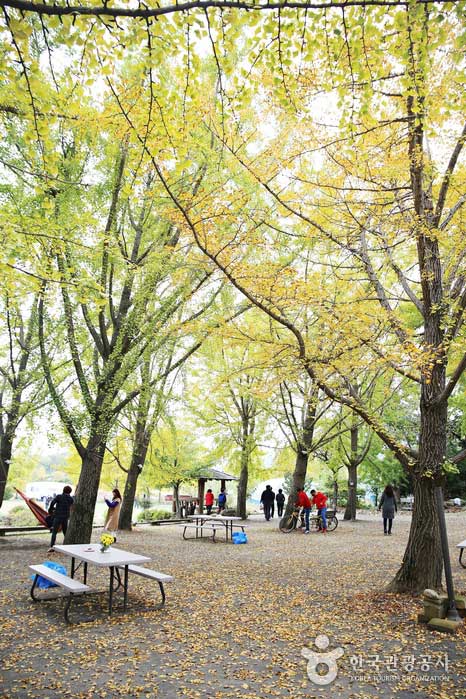 Autumn begins in heaven and ends on earth. Looking at the clear sky without a cloud, we realize that autumn has come. Autumn is in full swing as you look at the colorful leaves colored in the air. And looking at the carpeted land where falling rain drops fall, we feel that autumn is about to leave. Choosing to enjoy autumn until the last moment when it runs from the air to the ground is Cheongna Bank Village in Boryeong-si, Chungnam. Boryeong, South Korea. Korea Tour
Read more 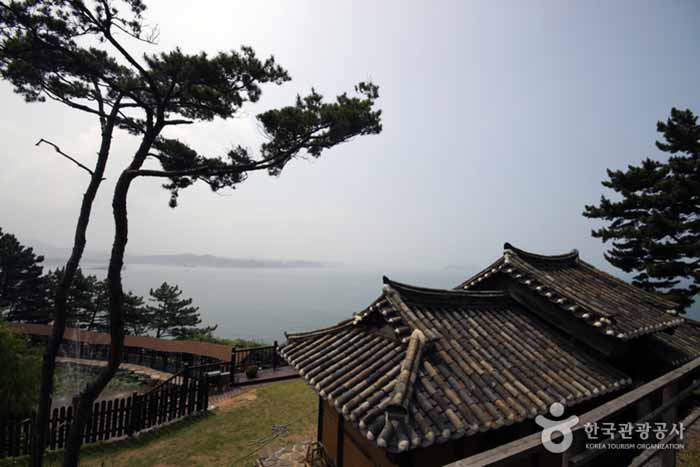 Hanok entered the island. The tree that guarded the island wrapped up the old house after it was declared. Man reached out and made his way and made a pond. The sea from the island was harmonious and named it Sanghwawon. It is the story of a garden on Jukdo. Because of the beautiful scenery, rumors spread across the island. If you're eager to avoid the heat and quiet alone, head to Boryeong-si Jukhwa Garden. Boryeong, South Korea. Korea Tour
Read more 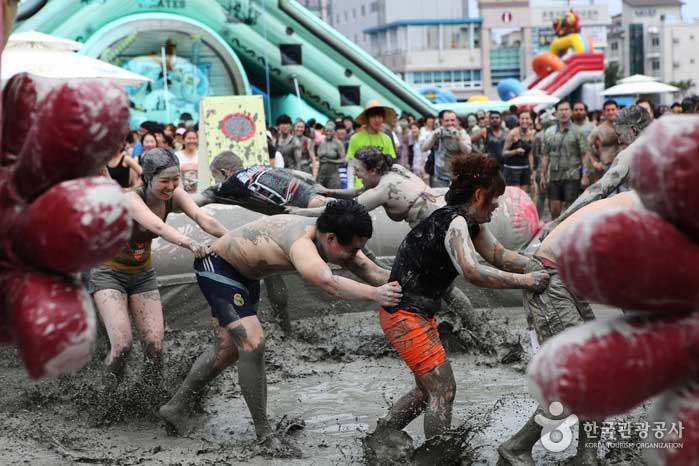 One of the first exciting festivals in summer! Boryeong Mud Festival at Boryeong Daecheon Beach in Chungnam, South Korea will be held from the 15th to the 24th. Let's go to a young and energetic festival. If you enjoy the festival, mud packs that naturally fall on your body is a bonus. Boryeong, South Korea. Korea Tour
Read more